Switzerland company PEG S.A. has been chosen as a consultant for investment project In 2007. This company has a great experience in consultancy and engineering works.

First preparatory stage has been finished in 2008. Company has concluded contracts for equipment supply for new process line. Technological equipment has been supplied by 4 companies from Germany and Italy. Kiln, cooler, preheater have been supplied by company KHD Humbold Wedag (Germany), equipment for raw meal preparation – by Bedeschi (Italy), filters – by CTP team (Italy), electrical and automation equipment – by company Siemens AG (Germany).

In 2008 Akmenes cementas has concluded a contract with engineering and consultancy company Sweco Lietuva for preparation of Technical and Details Designs for new technological line.

AB Akmenes Cementas has signed a LTL 150 m value contract for construction and erection works of new technology line in 2011 spring. It is foreseen to finish civil works in 24 months.

Contract to manufacture and supply the rest of technological equipment (in total 4000 tons) has been concluded with Egyptian company Aresco in 2011 summer.

Construction and erection works of new technology line has been finished on 16th of October 2013.

Construction progress of dry process clinker production line was being presented in short movie (please click on photo below). 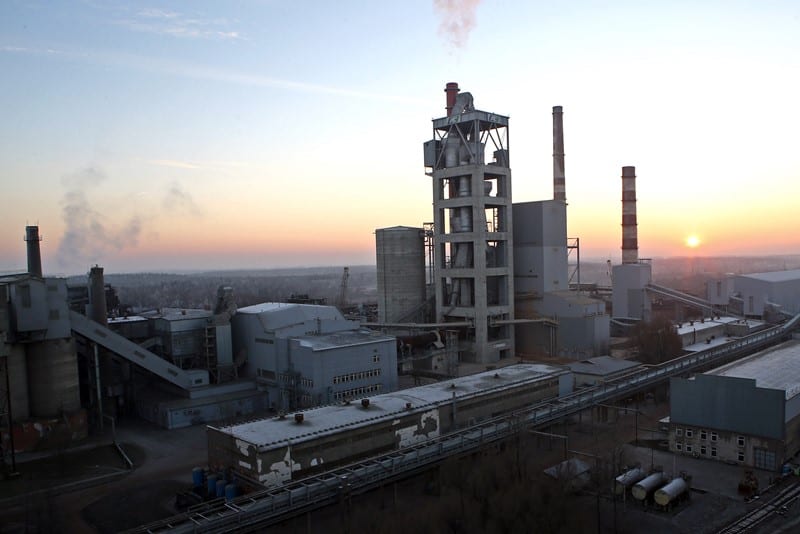